Keep your garden protected from frightening garden spiders and other pests with professional pest control from Aptive.

Seeking help from a certified pest expert is the best way to ensure your entire home is protected from garden spiders.
Schedule Inspection
or call us at877.861.5318

We use effective methods to remove infestations and protect you and your family from future pest problems. After a thorough inspection of your property, our pest experts will design a customized solution based on the size and shape of your home. Aptive’s year-round treatments ensure your home will be protected from garden spiders as well as other pests throughout the year. 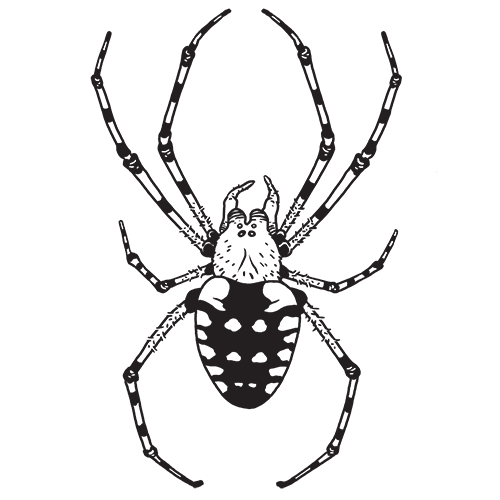 After our first visit, Aptive will return the following month to rid the exterior of any surviving pests and continue to treat your home year-round. To ensure exterior treatments are convenient, customers do not need to be home while we work.
Service begins with a thorough inspection of your property by a certified pest specialist. Risk areas are identified and treated using a customized protection plan that keeps your property protected from pests year-round.
Aptive’s protection plans provide an effective solution that keeps your indoor environment protected. Using the most progressive protection plan in the industry, our comprehensive extermination services and quality treatments have made us the fastest-growing pest control service in North America.
Aptive Environmental knows that for most homeowners it’s not if the pests will return, but when. If pest return between scheduled services, we return too— at no additional cost!
Buy Online

Garden spiders are harmless but scary pests to find around your home. Get back your peace of mind by calling Aptive Environmental. We control garden spiders and other pest infestations with convenient, effective solutions. Our pest experts will tailor a treatment plan to your home to maximize effectiveness and help you feel comfortable again. Aptive’s year-round treatments ensure your home will be protected from garden spiders as well as other pests throughout the year.

Our treatments, which are customized to your home, protect you from garden spiders and other pests throughout the year.