Is a Yellow Jacket a Bee? 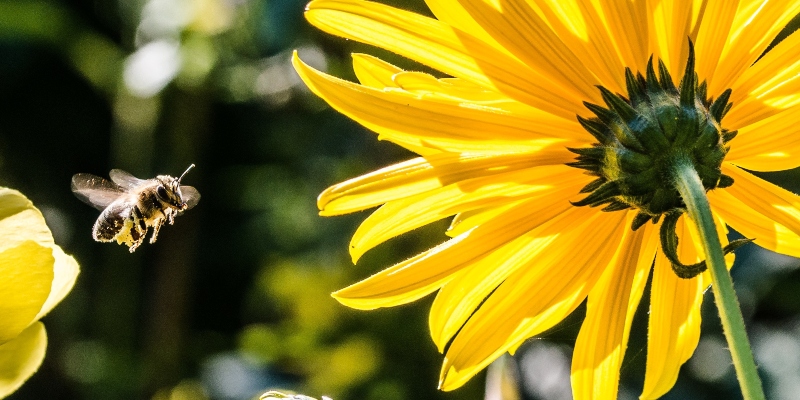 Similarities between Yellow Jackets and Bees

Yellow jackets and bees have a lot in common when it comes to physical appearance. This can make it difficult to tell them apart, especially when one or the other is buzzing around your head. Like bees, yellow jackets are yellow and black in color, have wings, and stingers. Furthermore, both yellow jackets and bees are attracted to sugary foods and sweets. This is why it is common to see bees and yellow jackets turn up at your family’s picnic or backyard barbecue.

Differences between Yellow Jackets and Bees

While a sweet fruit salad or ice cream cone may be attractive to both yellow jackets and bees, bees are more interested in pollen and nectar as a food source. Yellow jackets, on the other hand, are predatory omnivores. In addition to sweets, they will eat other insects and even meat. Additionally, yellow jackets are far more aggressive than bees when it comes to their appetite and temperament.

Generally speaking, bees are on the hunt for nectar. While they may be attracted to your food, they typically do not want to bother you. If provoked or in danger, a bee can use its stinger to sting you. However, a honeybee can only sting once before losing its stinger and dying. Even though bumblebees are capable of stinging you multiple times, a bumblebee would prefer to not bother you as well. Yellow jackets, on the other hand, are much more aggressive. As a result, if you swat at a yellow jacket, it is only going to get more wound up. Not to mention, yellow jackets can sting you over and over again. These stings are not only painful, but they can be deadly for those that are allergic to their stings. To avoid being stung, you should avoid swatting or squashing bees and yellow jackets.

In comparison, nest sites among bee species vary. For example, a queen may establish a colony in a tree, in thick grass, or within a structure. Though bees will defend their colony from potential threats, they aren’t as aggressive as yellow jackets. If you spot a swarm of bees, it is likely because their current nest has become too small for the size of the colony. While a swarm of bees may look scary, bees aren’t typically aggressive at this stage. Their only interest is in finding a new home. As long as you keep your distance from the swarm, there is no need to panic or be alarmed.

If you discover yellow jackets or bees in your yard, you should contact an Aptive professional. Taking on bees and yellow jackets yourself is not worth the risk of getting stung. Leave it to a professional and call your local Aptive Environmental branch today.