Why are Humans Scared of Bugs? 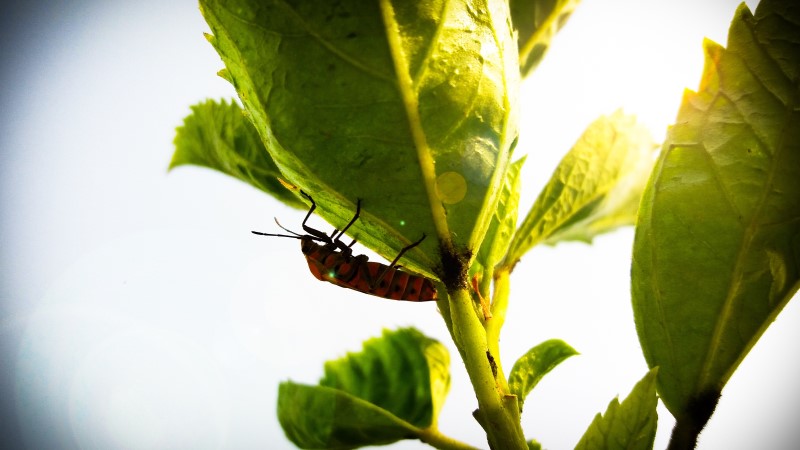 Have you ever screamed or run away in terror at the sight of a cockroach or spider? You don’t have to have entomophobia, a.k.a. the phobia of bugs, for insects and spiders to send a shiver down your spine. While most people don’t actually have a phobia of bugs, there are plenty of people who hate bugs and don't want them anywhere near them. As it turns out, being afraid of bugs is part of being human.

The creators of the show, Fear Factor, were onto something when they forced people to eat insects and get into small spaces with bugs. While killer clowns, grizzly bears, or tornadoes make us want to run away in fear for our lives, insects scare us in a different way. Unlike many other threats to our wellbeing, bugs make us feel disgust.

Think back to the last time you were disgusted by something - maybe it was the time you found a moldy sandwich in your kid’s backpack or the time you found a hair in your salad at a restaurant. Either way, you probably felt sick to your stomach. This feeling is what psychologists call the rejection response. The rejection response is a visceral reaction we have to things we find totally revolting, and it is shaped by our culture and biology. Similar to a flight or fight response, the rejection response is meant to protect us. Just as we are disgusted by moldy food or unsanitary dining conditions because it could make us sick, we see the presence of insects as a warning sign that something isn’t safe to consume or touch. Given the strong association between bugs and unsafe conditions, we eventually started seeing bugs as the threat.

As humans, we make sense of the world based on our own experiences and how we view ourselves. It may be narcissistic, but we see the world through our perspective.

As we talked about in our previous blog post on insect intelligence, we believe certain animals are intelligent because they share many of the same cognitive functions as human beings. When we look at some animals (think apes, horses, dogs, or elephants) we see the physical characteristics they have in common with us. We recognize their eyes, faces, limbs, and body language. On the flip side, when we look at insects, we have a hard time relating to them because we don’t see ourselves in them at all.

Bugs have way too many legs and eyes. They have pincers and stingers and antenna. They hide in dark corners and can startle us unexpectedly. Not to mention, it’s rarely ever just one single bug we are dealing with, and they are often in places we don’t want them to be - in our closets, in our kitchens, in our bathrooms. Bugs are basically unrecognizable strangers, little aliens or monsters, that hang out in our house uninvited. It makes total sense we find them unsettling. Like the fear of the unknown, we are afraid of what we can’t make sense of.

Bugs can be Dangerous

Have you ever heard the saying, “One bad apple spoils the barrel?” The same saying can be applied to insects and bugs. Some bugs bite. Some bugs sting. Some bugs even carry disease. While the majority of bugs are relatively harmless, it only takes one bad one to ruin the bunch.