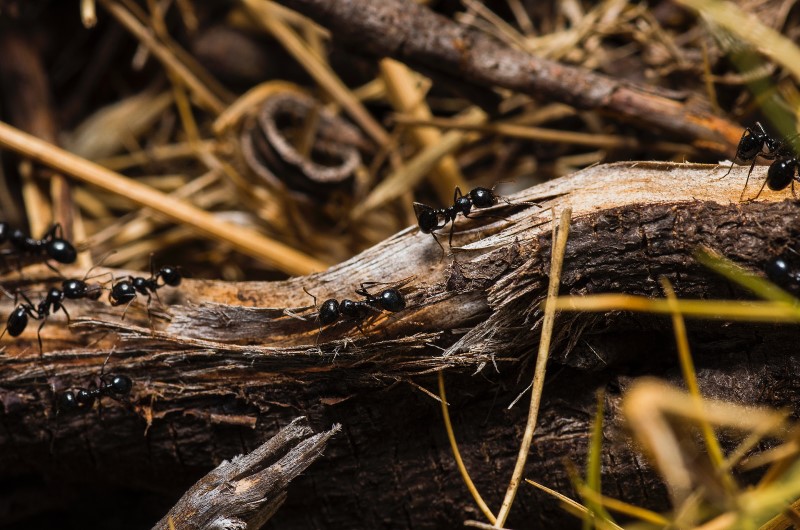 Have you ever wondered what it would be like to live the life of a royal? Turns out you don’t have to visit Buckingham Palace to get a glimpse at the royal life. All that regal glitz and glamour can be found in a backyard anthill. However, while being queen of an ant colony comes with a few perks, there is far more responsibility and danger.

How to Identify a Queen Ant

There are a few ways to identify a queen ant from the rest of the colony. In terms of size, queen ants are typically bigger than other ants in the colony. They also have thicker bodies and abdomens than worker ants. Queen ants are born with wings, but will eventually shed them. You may notice small stubs on the side of a queen ant indicating she has lost her wings. Additionally, if you ever notice a larger ant surrounded by small ants, this is more than likely a queen. A worker ant’s job is to feed, clean, and protect the queen so it is normal to see them climb all over her. While not visible, another differentiator between queens and other ants is lifespan. Queen ants can live up to a few decades whereas worker ants and drones have a lifespan of a few months to a few years.

Despite the prestigious title, the queen doesn’t actually rule over a kingdom, or colony, of ants. She doesn’t have any special decision-making powers or authority. However, queen ants do provide for their colony in ways the other ants come. Queen ants have two very important roles in the ant kingdom. The first role they take on is colonizing. Once she has mated with a male any, a queen ant will leave her birth colony and establish a new colony elsewhere. Once she has settled on a location, the queen ant will lay her first set of eggs. These eggs will hatch, develop, and become the first generation of the colony’s worker ants. Once the colony is stable and established, the queen ant’s sole role is to continuously lay eggs. The sex of these eggs is determined by whether they are fertilized or not. Depending on the colony’s needs, the queen ant will lay fertile eggs, which become female worker ants, and unfertile eggs, which become male ants. Of the fertile eggs, the pupae that are cared for and fed most will eventually become queens and start their own colonies.

Queen ants can produce thousands and thousands of ants during their lifetime. These ants are constantly in search of food supplies and water sources for the colony. As a result, it is very common to discover ants in your home at one point or another. This is especially the case during a drought or at times when resources are scarce. In order to make your home less attractive to foraging ants, follow these tips:

If ants are present inside your home, or you have anthills in your yard, your best bet is to call a pest control expert such as Aptive Environmental. Depending on species and habitat, an Aptive pest specialist will be able to determine the most effective and safest treatment option. Furthermore, if the colony is not located in your yard, it can be difficult to locate. An Aptive pest specialist will be able to control and treat ants in hard-to-reach places such as your home’s crawl spaces and ductwork. Aptive’s dedication to customer service and commitment to the environment distinguish us from our competitors. If you have a pest problem that needs controlling, call Aptive Environmental today.