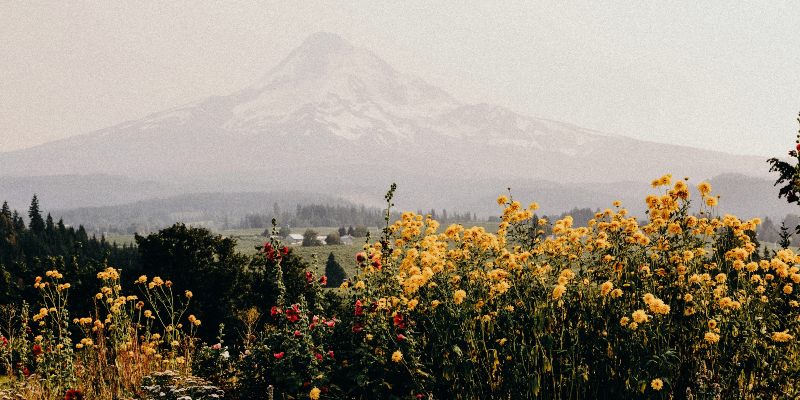 Since wasps have a close resemblance to honeybees, many people assume they pollinate plants as well. However, this assumption is typically wrong. Instead, wasps act as beneficial predators that help control garden pests. Keep reading to learn more about wasp pollination, how they help control pests, other wasp benefits, potential downsides to wasps, and how to get rid of them if they become an issue.

In general, wasps are not considered pollinators. Most species don’t pollinate plants because they do not have the fur-like soft hairs or a special body part for pollen storage as bees do. Because of this, pollen doesn’t stick to them very well. However, there are select few species that are able to transport pollen without these hairs.

The largest species of pollinating wasps are fig wasps, which are responsible for pollinating hundreds of species of figs. They enter the fig through a small pore to mate, lay eggs, and pollinate the tiny flowers inside. Other wasp species like to feed on nectar, but don’t pollinate plants.

Wasps do not make honey either. Instead, their nests are used for the queen to lay eggs. These nests are made from weathered wood from porches or old fences. They chew these wood fibers into a pulp paste, then form it into hexagon-shaped cells. Some species use other materials.

While wasps don’t pollinate or make honey, they are still a beneficial bug. They are fierce predators that help control pests that would be out harming crops. These include aphids, caterpillars, spiders, and more. Although their diet is typically filled with insects, they will also eat nectar, honey, fruit, and some plants. Some wasp species (such as bald-faced hornets) only eat nectar and fruit juices.

Why Do Wasps Sting?

Although wasps are normally beneficial, they can become a pest themselves when they nest too close to buildings or other areas that have a lot of traffic. They become aggressive when people get too close to their nest, which can become a big issue if they create their nest right above your house door. In some cases, they nest near home entry points and will make their way inside your home. That being said, there are plenty of circumstances where Wasp extermination is necessary.

Since most wasp species don’t help with pollination, you might wonder what insects do pollinate plants. Honeybees are the most common pollinator, but there are plenty of other species including butterflies, beetles, ladybugs, moths, and flies. There are other non-insect species such as birds, bats, and mammals that pollinate plants. A small number of plant types can self-pollinate as well.

Getting Rid of Wasps

Wasp or yellow jacket extermination is often needed when colonies have built nests too close to your home. Mud daubers are another common wasp found in North America. Similar to other types, mud dauber extermination is often desired if they create unsightly nests around your home. They aren’t as aggressive as other species and will only sting if directly threatened, but their large mud nests can look ugly around your home.

Wasps will become aggressive if you get too close to their nest, and it can be hard to avoid them when they’re right outside your door! It can be especially dangerous if you are allergic to wasp stings. Unlike bees, wasps can sting multiple times without issue. Yellowjackets (a type of wasp) are even more aggressive when it comes to defending their nests.

We don’t recommend trying to get rid of wasps yourself. It can easily result in being stung – although this isn’t dangerous if you’re not allergic to wasp stings, it will hurt and you will likely be stung multiple times. Instead, we recommend calling a professional like Aptive Environmental who is properly trained to exterminate wasp nests. In addition, we make sure to find the source of the problem to ensure they don’t return.