Why are Bugs Attracted to Light? 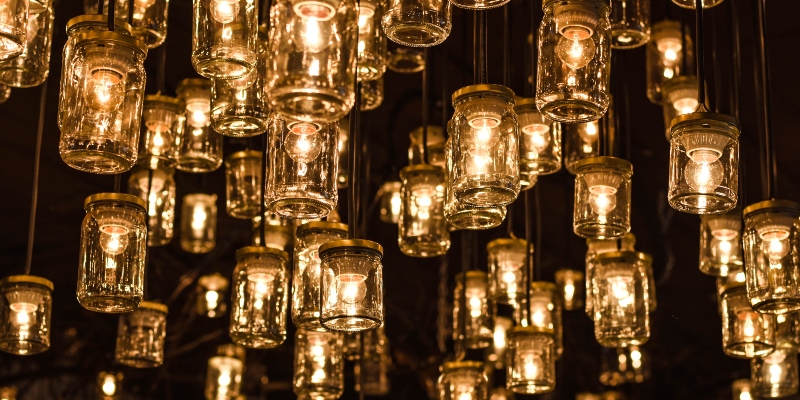 If you’ve ever sat on a patio or taken an evening stroll, you’ve probably noticed different bugs fluttering around floodlights and streetlamps. While it’s easy to simply say that bugs like light, the phenomenon is actually a bit more complex. In fact, scientists have studied this phenomenon for years and have developed a number of theories to explain why certain bugs are drawn to light. Furthermore, we can’t even say that all bugs are attracted to light. A few types of bugs try to steer clear of it entirely.

What Bugs are Attracted to Light?

Think back to all of the times you’ve been outside at night, turned on a light or two, and witnessed bugs fly directly to the source of light. More than likely, you’ve seen a fair share of moths and beetles make their way to that luminous glow. That’s because these insects have positive phototaxis.

Phototaxis is a type of innate behavioral response (in this case, a directional movement) that takes place when an organism moves towards or away from a light source. Insects and pests that are attracted to light, and move towards it, are considered positively phototactic. On the flip side, pests that move away from a light source are considered negatively phototactic.

While there are many different theories explaining why pests, such as moths, flies, beetles, and stink bugs, are attracted to light, one of the most popular theories has to do with navigation. Many scientists believe that insects are drawn to light because they use light as a guide. Before insects evolved and adapted to artificial light sources, they relied on the Sun, Moon, and stars in order to navigate. Many scientists believe that some bugs use transverse orientation for navigational purposes. Transverse orientation involves keeping a distant light source at a fixed angle in order to fly in a straight line. When you introduce man-made artificial light, insects start to confuse that light for natural light sources. This throws of their ability to keep light at a constant angle, which results in insects fluttering into or around artificial light sources.

In addition to navigation, many scientists believe that some bugs are attracted to light because it offers protection from predators and dangers that lurk at night. Meanwhile, another theory suggests that some insects confuse artificial light for flowers. While this may seem pretty bizarre, there are actually some flowers that reflect ultraviolet light. As a result some flying insects may mistake your outdoor lights for a food source.

Just as some bugs flock to the light, some try to avoid it. It’s pretty intuitive when you think about it. Recall a time when you’ve switched on a light and witnessed pests scurrying away to different hiding places. While you may have simply frightened these pests, there’s a good chance that they are negatively phototactic. Some creatures that are known for their negative phototaxis include cockroaches, earthworms, and a few different types of ants.

While scientists are still trying to figure out why bugs are attracted to light, there are some ways to limit the amount of bugs flocking to your home’s lighting. Your best bet is to check you lightbulbs. If you are using incandescent, CFL, or halogen bulbs, you are likely attracting bugs. If possible, try to replace any of these bulbs with warm LED bulbs.

If you are tired of pests disrupting your patio time or notice negative phototactic bugs, such as cockroaches, out and about during the day, call your local Aptive Environmental branch today.