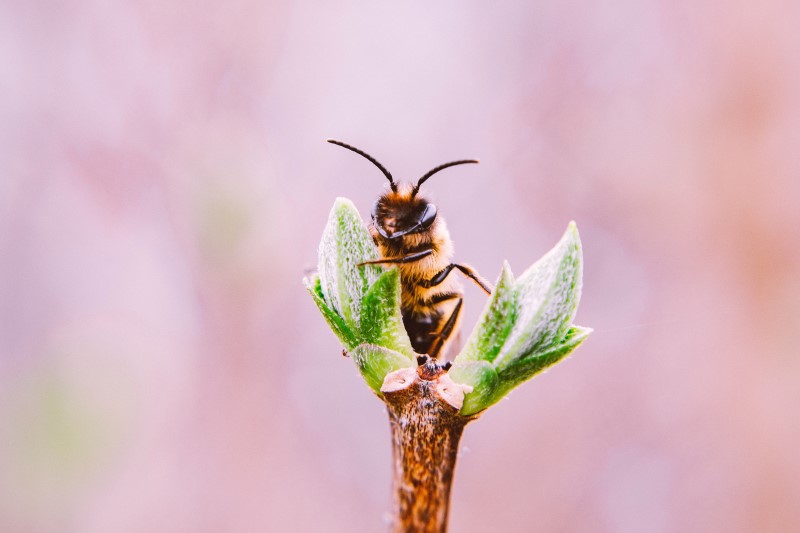 Much like our own brains, there is a lot of mystery regarding insect intelligence. As humans, we tend to think of intelligence as it relates to our own cognitive ability. When we think of intelligent animals, the usual suspects come to mind – apes, dolphins, elephants, and octopi. That’s because these animals demonstrate human-like aptitude such as the ability to solve problems, socialize, and form memories. But, what if we were to tell you that certain insects possess these capabilities as well? Below are two insects that have seriously impressive intelligence.

With a brain about the size of a sesame seed, you may think that there is simply not enough room for a honey bee to be smart. You’d be wrong. What their brains lack in size, honey bees make up for in intellect.

In addition to their waggle dance, honey bees can:

When it comes to ants, the intelligence of the colony is much greater than that of an individual ant. In other words, teamwork makes the colonization dreamwork.

Ants have been around for millions of years and can be found on every continent except Antarctica. In short, they are one of the most successful and resilient species on earth. However, as humans, it’s easy to overlook these creatures due to their small stature. This is unwise on our part. Just because ants are teeny-tiny, doesn’t mean they are dumb. In fact, ants are masters of many different skills.

Everyone knows that ants are experts at establishing nests and colonies. However, did you know that ants are expert cultivators and domesticators as well? In fact, ants started farming millions of years before the first humans ever did. Take the leaf cutter ant for example. These ants cut leaves and foliage into pieces then bring the leaves back to their nest in order to break them down and inoculate them with a fungus. They then harvest the fungus and use it as food. In addition to farming fungi, some ants farm insects as well.

If you’re a gardener, then you’ve probably clashed with aphids at one point or another. While you may hate aphids, some ant species love them. You see, ants and aphids coexist in a symbiotic relationship – ants protect aphids from predators, such as wasps, and aphids secrete honeydew for ants to eat. Much like farmers herd and tend to livestock, ants tend to aphids. Because aphid honeydew is such a quality source of food, ants will introduce aphids to new plants, safeguard aphid eggs through winter, and remove an aphid’s wings so it can’t fly away in order to maintain their food supply.

In addition to their human-like foresight and diligence to cultivate plants and domesticate animals, ants can:

If you’re dealing with smart pests, you need a pest control service that’s even smarter. Aptive’s pest control experts are trained to outsmart even the most intelligent insects. Start protecting your home by calling your local Aptive Environmental branch today.