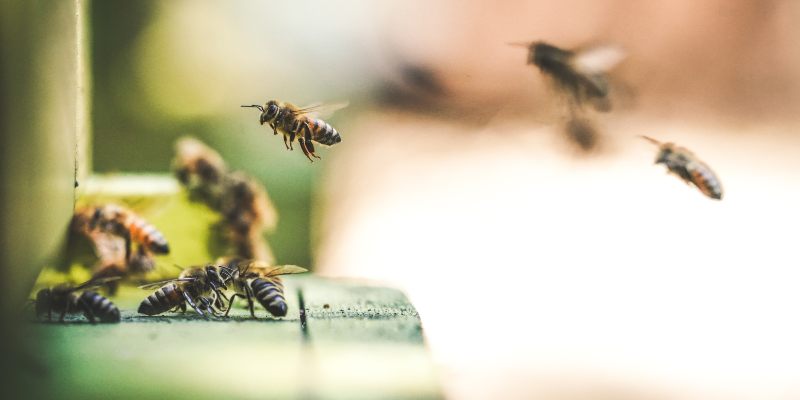 Stinging insects are the worst. Many of us have a strong negative childhood memory of unexpectedly being stung by a bee or yellow jacket. Although you likely remember this sting as excruciatingly painful, you might be surprised to hear that regular bees and wasps are on the lower end of the insect sting pain scale. Read through the article to learn which insects have the most painful stings in the world, backed by research.

Since pain is relative, how can we determine the most painful sting? Years ago, an entomologist named Justin Schmidt set out to improve this problem by creating a Schmidt Sting Pain Index based on his extensive research. He has been stung by hundreds of species over his career. His index is based on four levels, from least painful to most painful. Aside from this, he describes each sting in great detail to help show how much it truly hurts.

Read below to check out a few insects with the most painful stings.

Insects With the Most Painful Sting (From Worst to Least)

This newly discovered wasp was likely named after its sting. Since it was a new species that hadn’t been analyzed by Justin Schmidt, a wildlife expert named Coyote Peterson followed in Schmidt’s footsteps to seek out the species. He was stung by it and described it as far worse than the Bullet Ant. Not only was it excruciatingly painful, it burned a hole in his arm – no insect had done that to him before. This wasp is located in Central America and South America.

Schmidt rated the Bullet Ant at the very top of his list. This ant lives in the South American rainforest and delivers an intense, venomous sting. The immediate pain lasts anywhere from 12–24 hours in full force. Luckily, you won’t find this type of ant hiding in your backyard.

The Tarantula Hawk is rated a level four on the Schmidt Sting Pain Index as well, right after the Bullet Ant. This species is a large spider wasp that preys on Tarantulas. Eighteen species of Tarantula Hawks can be found in the United States (primarily in the deserts and Southwestern states), as well as throughout other areas of the world. There are 250 species in South America.

This common species of wasp often pop up under porch areas during summertime. Their sting is painful (rated a three), but luckily, it starts to fade after about 15 minutes.

Typically only found in New Mexico and Arizona, these ants are rated a three on the Schmidt Sting Pain Index. The sting can inflame your nerves for hours and is pretty painful. They’re often confused with fire ants due to their physical similarities, but the two aren’t related.

You might not have recognized the previous insects, but you likely have seen Yellow Jackets flying around your home in summertime. Perhaps you’ve even been stung by one! Although their sting is definitely painful, Schmidt rated it as a level two on his scale. Most other bees, wasps, and ants are in the level two category of pain.

These large, aggressive hornets are found throughout the United States and other parts of North America. They will sting if their nest area is invaded, and can even spray venom into their victims’ eyes. It was rated a pain level two.

Fire Ants are fairly low on the pain scale (level one), but this only considers one fire ant bite. Often times, people will stumble upon a nest and anger multiple fire ants, which multiplies the pain when they all decide to sting you. This is why some people believe fire ants have the most painful sting!

Have a Stinging Insect Problem?

Regular insect infestations are terrible enough, but dealing with stinging or biting insects induces another level of frustration. Although yellow jackets or bumblebees may not be the most painful on the insect sting pain index, they definitely hurt. If you have a problem with stinging insects in your home (or around your home), Aptive Environmental can help you get rid of them! Our professional, effective pest control solutions ensure the insect problem is gone for good. We’re so confident in our services that, if the pest comes back, we will come back too – at no additional cost!