Why Do Pill Bugs Roll Up? 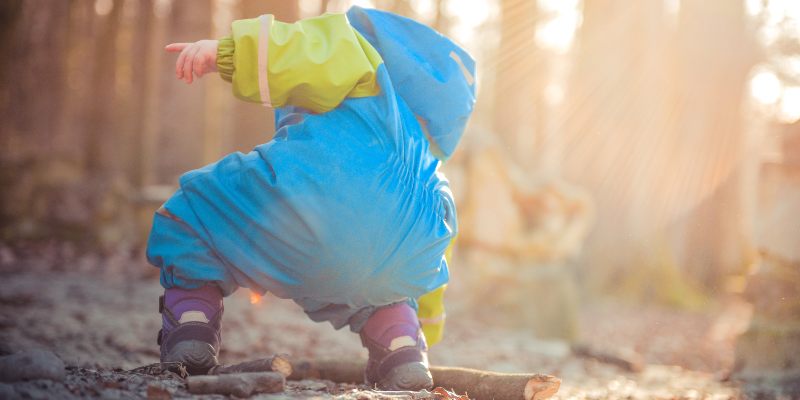 Do you remember discovering rollie pollie bugs while playing in the yard as a kid? These dark bugs definitely live up to their nickname – they roll up into a ball for protection whenever they feel threatened. They are like tiny armadillos. As fun as they may be for kids, they can become a nuisance if they decide to adopt your home. Keep reading to learn more about pill bugs and how to get rid of them if you’re finding one too many exploring your house.

What Are Pill Bugs

Pill bugs have six pairs of legs and two pairs of antennae. Most noticeably, they boast hard plates along their back and have the tendency to roll up into a ball when threatened. Their hard exoskeleton protects them from predators.

Interestingly, pill bugs are actually crustaceans that breathe through gills. They’re more similar to shrimp than insects! Unlike other crustaceans, a rollie pollie bug can spend the entirety of its life on land. However, they require damp or wet environments to survive. They can often be found under flower pots, rocks, mulch, damp grass, and around decaying vegetation. Depending on the region, pill bugs may also be called sowbugs or woodlice.

In general, pill bugs are usually one of the good guys. These beneficial garden insects typically produce compost and overturn soil. They rid soil of heavy metal ions by taking copper, zinc, lead, arsenic, and cadmium. They crystalize these metals in their midgut – most other species can’t survive in contaminated soil like pill bugs can.

However, they occasionally feed on young plants if they can’t find other food (this damage is typically minimal since they prefer to feed on organic decaying matter, even their own feces). Pill bugs can also be a nuisance if they move into your home (more on this below).

They don’t sting or bite humans, and they don’t spread diseases. They’re completely safe for the kids to play with!

Other Bugs That Roll Up

There are about fifteen types of pill bugs, but the most common is formally known as Armadillidium vulgare. Aside from pill bugs, there are a few other insect species that roll up into a ball to protect themselves. These include pill millipedes, Namib spiders, corn ear worms, and cutworms.

Getting Rid of Pill Bugs

If you’re repeatedly finding pill bugs in your home, there is likely a large population of them living and breeding near the building foundation. They typically use door seal cracks to enter homes. However, they typically dry out and die inside unless they find a damp basement to survive in. They need water to live. If they show up in your home often, this could signal an issue with dampness somewhere inside. This could also mean there are entry points that need to be sealed.

Pill bugs aren’t a pantry pest – if they manage to survive inside, they will be hiding in potentially moist areas such as basements, crawl spaces, or indoor plants.

The key to controlling pill bugs is to take preventative measures. Make sure to seal any cracks in doors or the home’s foundation, control humidity in basements and crawl spaces. and keep landscape around your home dry. Once you get rid of their source of moisture, they will disappear.

Often times, you will need a professional to help exterminate pill bugs when there is an infestation that doesn’t go away. Almost always, there are entry points or sources of moisture in the building that you simply can’t find. Aptive Environmental makes sure to find the source of the problem and eliminate it! Worried they might come back? We are so confident in our services that we will come back, at no additional cost, if the bug does.