Why Wasp Nests are Attracted to Playhouses 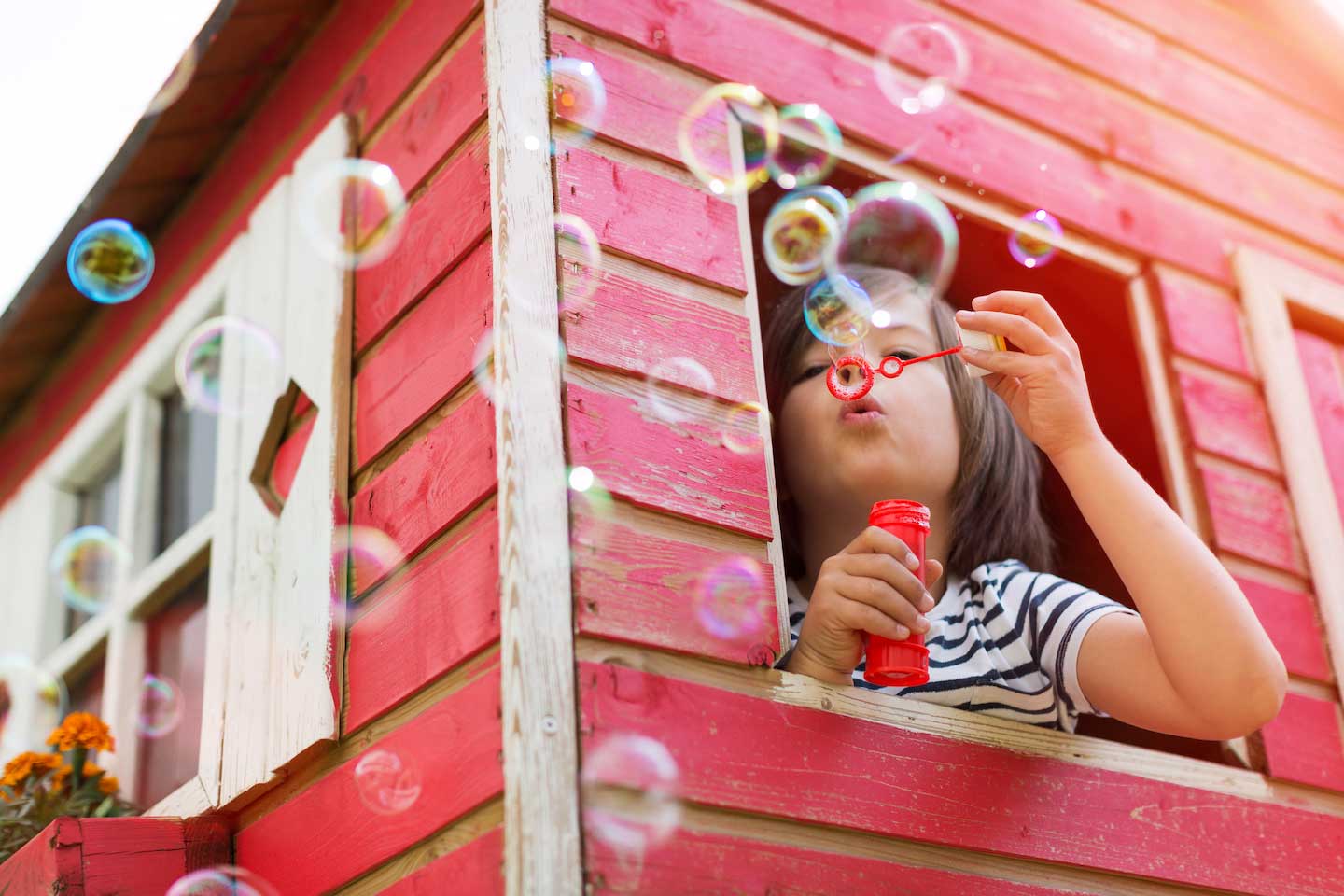 Why Wasp Nests are Attracted to Playhouses

When one of your kids comes inside crying because they were stung by a wasp in their playhouse, it’s time to take action. Wasps are almost never welcome visitors in a yard or home, but in a playhouse they can be particularly irksome and dangerous. It’s easy for kids to miss seeing the wasps and accidentally aggravate them. Aside from hiring a wasp exterminator, there are a few things you should do to keep your kids safe from wasps.

The big question is always, “Why do wasps live in playhouses anyway?” Okay, so there might be some stronger language in that question when your kid is crying in front of you with a bunch of stings on her arm, but the question is essentially the same. Now there is a simple answer, but it doesn’t really help your kid feel better.

Wasps like to build their nests in areas hidden from predators. This usually means finding gaps and holes on buildings or other structures so they can easily access the nest without it being obvious to other creatures.

Playhouses are typically made to be simply constructed, which means that certain protections that go into full-size houses don’t happen in playhouses. That means that playhouses have gaps between the walls and the roof, gaps around the doors, wide open windows, and all sorts of other easy access points for wasps to come in and set up their new home. Playhouses also offer a dry, dark place hidden from predators, so they pretty much check off every box on a wasp’s “dream home” checklist.

This means a big problem for you and your kids. However, there are things you and a wasp exterminator can do to get rid of the wasps and keep your kids safe.

How to Keep Your Kids Safe from Wasps

1. Teach Kids How to Stay Safe Around Wasps

One of the best things you can do to keep your kids safe from wasps is make sure that your kids are educated about wasps. Walk around the yard with them and show them likely places for wasps to build nests. Show them a wasp nest (preferably in the evening when the wasps are less active) so they know what to look for.

Then talk to them about wasp stings, being cautious around wasps, and what to do if wasps start attacking them. Practice looking for fast escape routes from the wasps so they can avoid as much injury as possible.

Teaching kids about wasp safety will do a lot to keep them from being stung or swarmed. They’ll be more likely to recognize the need for caution if you can explain to them the risks of messing with wasps.

2. Close Up Gaps in the Playhouse

Just like closing up gaps in your house keeps pests out, closing up gaps on the playhouse will also help keep the wasps out. Gaps around the edges of the building or between the roof and the walls can be filled in with expanding foam insulation. Doors can have weather stripping placed around them to block wasps when the playhouse isn’t being used.

Windows are a little more of a problem because they aren’t small gaps that can quickly be sealed. However, a possible method for keeping the wasps from coming in through the windows is placing a mesh screen over the window. The screen may need to be replaced every so often if kids break it or it wears out, but for the most part it ought to be effective.

Have kids put on insect repellents before playing outside. You can buy these at most grocery stores, but if there are more natural options if you prefer to use those. If kids are wearing repellents, it should serve as a good temporary protection for them.

But you can also place certain plants around the playhouse that wasps don’t like. Things like lemongrass, mint, or eucalyptus can make good natural repellents (and, as a bonus, these plants often also repel spiders).

This might sound like something that wouldn’t work, but many people claim that this is actually quite effective. Wasps are territorial creatures, so they like a bit of space between their nest and other wasp nests. If they see that there’s another established nest in the area, they’ll keep their distance. So if you hang up a fake wasp nest, the wasps should stay away.

5. Use Traps and Wasp Killer

There are lots of wasp traps available at stores that can help minimize the number of wasps around a playhouse. Traps are not 100% effective, especially as they are only capable of catching a few wasps at a time, but they can help the situation. You can also try making homemade traps, but make sure the wasps are dead before you empty the trap.

You can also buy wasp killer, but make sure you read how to use it properly. Don’t try to spray a nest during the day when the wasps are active. Do it in the early morning or late evening instead. However, because you’ll be spraying this in an area where children often play, you may not want this to be your first choice. The chemicals can be dangerous if children get them on their hands and accidentally ingest them. But you can also direct your children to stay away from the playhouse for a couple of days while you get rid of the wasps. After a bit of time passes, they should be fine to return to playing in the playhouse.

If you have a lot of wasp problems in your yard and especially in your kids’ playhouse, then it’s time to call a wasp exterminator. Wasp exterminators have the resources to get rid of wasps more effectively than store-bought or homemade products can. When you have a professional help you, you can know that the problem is receiving the best and most effective care. Soon, your kids will be able to play safely in the yard without worrying if wasps are going to hurt them.