Water Bug vs. Cockroach - What is the Difference 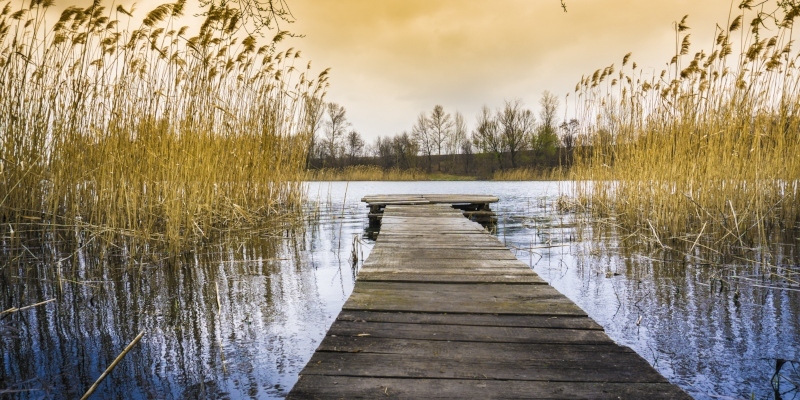 Many people confuse water bugs and cockroaches because they look similar. In fact, they’re different in many ways. Water bugs are aquatic hunters. They’re much larger than roaches and have a painful bite. They can even fly. Cockroaches are scavengers and rarely bite. But cockroaches are a serious pest and often require professional help.

Roaches and water bugs can both be scary insects to find in your home. Although they’re both insects, water bugs and cockroaches behave differently and live in separate habitats. They enter homes for different reasons and knowing these reasons can help you prevent them in the future.

If you’ve seen one of these insects in or around your home, it’s important to correctly identify which bug it is before you can start an effective pest control plan. Cockroaches can be a significant pest problem for homes while an indoor water bug is probably a fluke. Learn more about the characteristics of each bug and how to identify them.

What Exactly are Water Bugs?

There are many kinds of water bugs found in different parts of the world. The giant water bug, Lethocerus americanus, is the largest true bug in the U.S., often exceeding two inches in length and sometimes growing as large as four inches.

Water bugs usually have flat bodies that can be light to dark brown. They have short antennae and a sharp beak. They live in water and have strong hind legs that act like paddles to help them swim.

Water bugs also have wings that allow them to fly from one body of water to another. Their wings fold across their bodies in the shape of an “X.” Though they commonly live in ponds and wetlands, they can also inhabit calm streams.

Water bugs are predators. A water bug hunts prey in the water by ambushing it from a hiding place among plants or floating debris. Water bugs use the clawed feet on their front legs to catch prey, which can include insects, tadpoles and even tiny fish. The water bug’s bite injects digestive fluids to kill prey. Though it isn’t life-threatening to a human, it can be extremely painful and cause allergic reactions in some people. It’s this bite that gave them the nickname “toe biters.”

Water bugs are solitary insects so they’re typically found alone. In many parts of the U.S., they’re most active during the summer and fall. However, they remain active all year. Water bugs are attracted to lights, especially as they fly from pond to pond. Exterior lights and open windows can attract flying water bugs to your home.

Owing to their solitary nature and diet of bugs (not human food or clothes), water bugs are not usually considered pests. Of course, it’s never fun to find one in a house or worry about being bitten outside. To avoid letting curious water bugs into your home, make sure all windows and doors are closed or sealed with screens. You can also move exterior lights away from entrances so you don’t accidentally attract them.

Difference Between Water Bugs and Roaches

Cockroaches are incredibly resilient, widespread pests that can be confused with water bugs. Their flattened bodies come in various shades of brown and some species have wings. Though these characteristics are similar to those of water bugs, the most common species of cockroaches in the U.S.—German and American roaches—are considerably smaller than water bugs (only about 1/2 inch to 1 inch long).

Water bugs’ main habitats include ponds and streams but cockroaches are not aquatic. Roaches can live almost anywhere, as long as they have access to moisture and some shelter from extreme cold. They thrive in cities because the large number of underground tunnels and apartment buildings provide water and shelter throughout the year. Despite the presence of wings on some species, most roaches can’t fly.

While water bugs are predators, cockroaches are expert scavengers. This is one of the keys to their resilience but it also means that they’re much more likely to flee, when spotted by a human, than to bite. Roaches are nocturnal; they usually flee from lights, preferring to hide in walls, basements or other damp areas. And, unlike water bugs, roaches rarely bite people.

It can be difficult to distinguish cockroaches from water bugs, especially from a comfortable distance. Understanding the details that differentiate these two insects is an important step in pest-proofing your home.

In addition to the differences described above, a closer inspection can help you identify which bug you’re looking at: roaches have legs that look hairy and antennae that are as long or longer than their bodies. Water bugs have short antennae.

It’s important to correctly identify a water bug or cockroach if you’ve found one in your house or around your yard because cockroaches are a serious pest. If it’s a roach, you could be seeing only one of many. Wandering roaches can be the sign of a much larger infestation that’s already in place.

Distinguishing between water bugs and cockroaches can be difficult. If you’ve seen these bugs in your home, call your local Aptive Environmental branch right away for a free quote on professional, effective pest control.

Our professionals are trained to control and eliminate roaches conveniently and effectively. Protect your home today by calling the Aptive branch that’s closest to you.