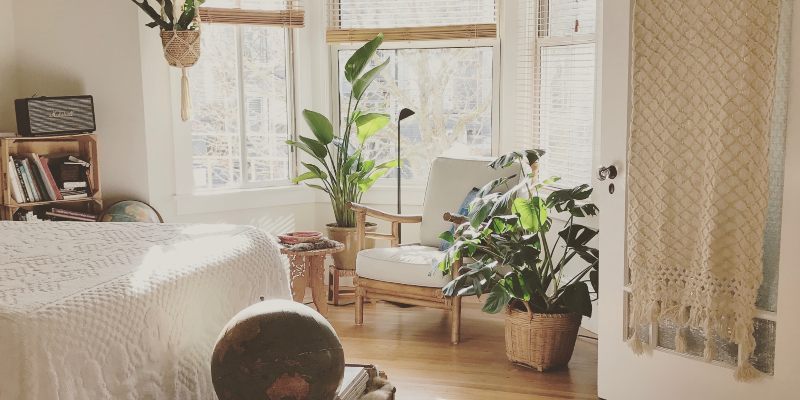 Stink bugs are native to China, Japan, Taiwan, and Korea – they were first discovered in the United States around 20 years ago, where it was accidentally brought over. They are now found throughout nearly every state. They feed on hundreds of species of plants, including many agricultural crops (they’re definitely not a beneficial garden pest). Do stink bugs stink? Although they aren’t venomous or poisonous, they do have one form of protection – stink!

Unfortunately, stink bugs live up to their name. The unpleasant odor they produce when threatened or injured helps protect them from predators (similar to skunks). They also evoke this scent to find mates and attract other stink bugs to their location when they find a habitable environment. If you find stink bugs in your house, it’s important to be careful when taking measures to get rid of them.

The exact scent of a stink bug is difficult to pinpoint. Their strong odor comparable to herbs and spices (the composition of their odor contains chemicals used in food additives as well as cilantro). The exact smell varies depending on the species and the human – some people can’t even smell stink bugs. Some people state their odor smells similar to skunks.

Stink Bugs in the Home

Stink bugs often come inside the house when it rains or when winter hits. This also depends on the species and the area. In some locations, stink bugs enter homes during summer and fall. They spend winter inside walls, attics, or crawl spaces. They typically come out during spring when they try to leave the building, which is when people often notice them in their home.

Do Stink Bugs Stink When You Kill Them?

Yes. Many homeowners think that stink bugs will stop smelling if they squish them, but this is the worst thing you can do. What happens when you squish a stink bug? They evoke the worst form of their scent when they are killed. Not only does this stink up your home for hours or days, but it can attract even more stink bugs if they smell it.

How Do You Kill a Stink Bug Without Making it Stink?

It’s difficult to kill a stink bug without making them stink. Special traps and bug sprays can eliminate these pests while minimizing the scent, but it’s hard to completely promise a scent-free kill. The best way to get rid of them is to wait until they’re near a window or door and sneak up on them, then quickly sweep them outside. They’re usually trying to get outside anyways! Vacuuming them up is easy and usually won’t stink up your home, but it can make the vacuum smell for some time.

The foul scent of a stink bug scent can linger for hours or even days depending on the circumstances. There are many simple remedies to get rid of the scent, such as soaking a cotton ball with lemon or peppermint and leaving it out. You can also try odor-control products available in stores.

Are Stink Bugs Harmful to Humans?

Stink bugs can’t cause physical harm to humans (they don’t bite or sting). However, they can be quite a nuisance with their putrid smell as well as their tendency to destroy both indoor and outdoor plants.

If you seem to have issues with stink bugs in your home or garden, there are a few tips you can follow to keep them away. You should inspect the outside of your home carefully by looking for any cracks around windows or doors (if you find any, they can be sealed with caulk). You should also seal holes around pipes and cables that lead into your home. Make sure attics, crawl space vents, and windows are properly screened.

Have you noticed a strange influx of stink bugs in your home or destroying your garden? If you’ve tried traps and sprays to get rid of them without luck, it might be time to call in a professional. Aptive Environmental provides professional and effective pest solutions. We ensure the bugs go away and stay away – we’re so confident in our service, we will come back at no additional cost if the pest infestation comes back.