Why Do Pests Sting? 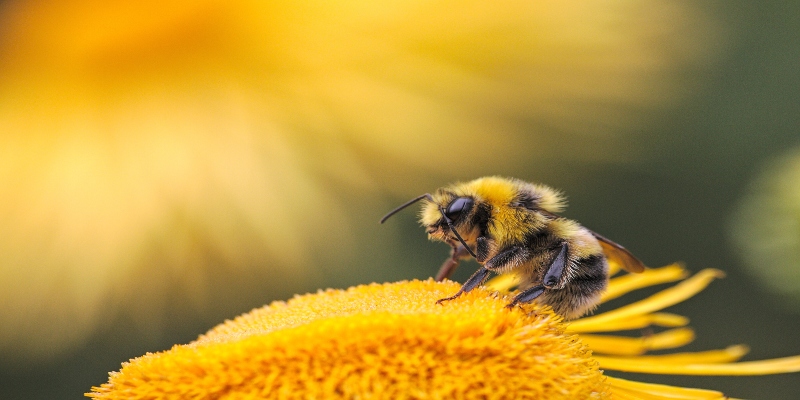 Many of us fear stinging insects (for good reason). Some species can have incredibly powerful and painful stings! If you’re allergic, a simple insect sting can be a life-threatening situation. However, most people aren’t allergic, so you will probably only experience brief discomfort. Since most insects can’t drastically harm humans, why do they even sting in the first place? Keep reading to learn more about why certain bugs sting, what types of insects sting, treating these injuries, and how to get rid of them if you have an infestation.

Why Do Wasps Sting?

All insects typically sting because they are defending themselves or their nest. However, most of the time humans aren’t even aware they are provoking an insect when they get stung. In addition, some species are more aggressive than others – for example, Japanese Hornets are known to chase their victim for miles and sting multiple times.

Yellowjackets are a more aggressive species as well, causing many to wonder why do yellow jackets sting more often? Since they are more social than other wasps, they defend their nest more fiercely.

There are many types of stinging pests and insects out there. Most of these fall within the realm of wasps, bees, or ants. There are also plenty of bugs that bite rather than sting such as spiders, centipedes, ticks, bed bugs, and more.

There are thousands of wasp species, but only the females have stingers. A few common types of wasps include yellow jackets, paper wasps, and hornets. Some are more aggressive than others and some have more painful stings. Paper wasps are known for having one of the most painful stings in the world! Wasps typically make nests in hidden areas above the ground such as in porch ceilings and tree branches.

There are a few species of ants that sting such as fire ants, velvet ants, and bullet ants (another species that has an extremely painful sting).

Bees are another common type of insect. Unlike most species of wasps, bees are responsible for pollinating many garden crops and flowers. They also create honey. Thankfully, their sting is a little less painful than most other stinging insects.

Scorpions are another type of stinging insect. There are nearly 100 species of scorpions found throughout the United States, mostly in hot areas like Arizona, California, New Mexico, and Texas. There are only a few species that are abnormally venomous, such as Bark scorpions (typically found in Arizona).

Although an insect sting might not severely harm you if you’re not allergic, treating it can help ease the pain and itchiness that often comes with some bug bites. Treatment can vary depending on the type of insect sting. For example, how to treat a wasp sting can differ from an intense bullet ant sting.

For less intense insect stings that you know you’re not allergic to, you should start by removing the stinger if it is still in the skin. Then, clean the wound with soap and water to prevent infection. Apply a cold compress or ice pack to the area for about 10 minutes to ease swelling. Finally, raise the area if possible to help reduce swelling.

Getting Rid of Stinging Insects

Some types of common stingers such as wasps and yellow jackets can infest areas around your home, which can be dangerous because many of them aggressively defend their nests when people get too close. Additionally, stinging ants like fire ants can create colonies in your backyard.

Calling stinger and biter extermination is the most effective route to avoid any inconvenient stings and bites, or even avoid a potential hospital visit if you’re severely allergic. Aptive Environmental offers effective pest control services with offices around the United States.